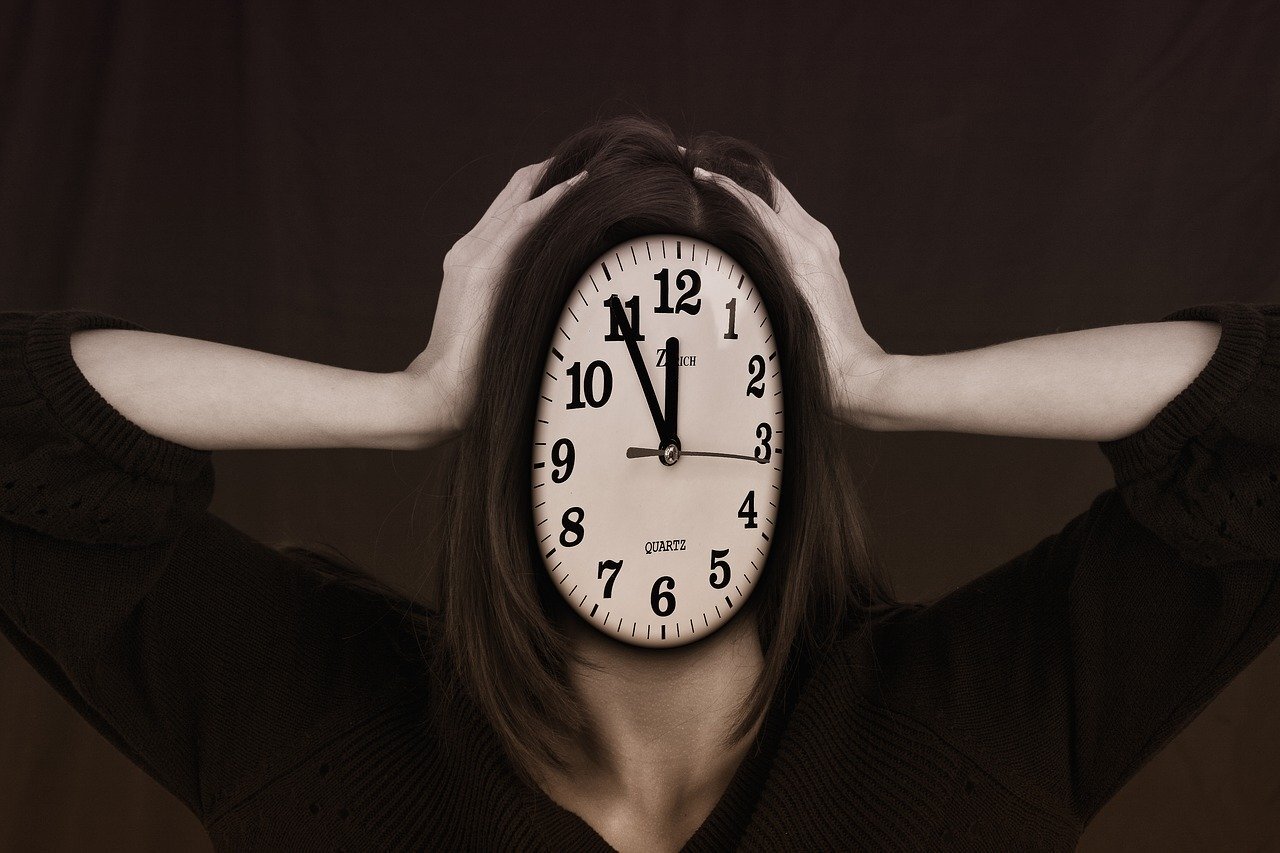 Burnout: absenteeism at a record high.

Cases of incapacity to work for psychological reasons have increased dramatically. The absences last much longer than for other illnesses.

Professionally, the engineer was at his peak. At a consulting firm he was quickly promoted to project manager. Now he was able to push ahead with the market entry in Asia for a customer. But for the first time in his career he was in danger of failing - through mistakes he was not responsible for. Nevertheless, he brought the project to a conclusion, thanks to even harder work. The shock came a little later, when his supervisor attested him an "insufficient" performance in the annual assessment. The promotion was in the balance. Suddenly he was overcome by doubts about the sense of the work. He suffered from sleep problems, dizziness and headaches. There was also a crisis in the partnership. During one session the circulation collapsed. The doctors' first suspicion of a heart attack was quickly dispelled. "Burnout" was the diagnosis instead.

Only a few make it back

The number of absences from work due to mental illness is increasing dramatically. This is shown by previously unpublished statistics from leading insurance companies. According to a survey by PK Rück, absences for psychological reasons have increased by 70% since 2012 (see graph on the left).In six out of ten cases it is burnout or depression."As a rule, mental illnesses are particularly serious", says Andreas Heimer, Head of the Benefits Division at PK Rück. At 18 months, the incapacity to work lasts twice as long as for the other diseases."In addition, the chances of professional reintegration are significantly lower - the majority of cases end with dismissal. Thus, after a six-month absence, one in two still manages to return to work. After one year, however, the share already drops to 20%. Which groups are most at risk? According to Heimer, those affected are often between 40 and 50 years old, with the proportion of younger people increasing significantly. They often work as teachers, doctors, in the nursing sector and in administration. The PK Rück offers comprehensive case management for 200,000 insured persons in the event of loss of working hours. Swica, the largest provider of daily sickness benefit insurance, is also registering strong growth. Its customers include 27 000 companies with 600 000 employees. Within six years, the number of cases due to mental illness has risen by almost half (see graph on the right). Statistical records of incapacity to work are usually kept after 30 days at the latest.

But why do more and more people suffer from burnout? Roger Ritler, member of the Swica management board, sees the reasons in the high pressure of deadlines, weaknesses in the corporate culture and the rapid change in the working world."While the specific triggers are very different. Ultimately, however, every case means that someone is overwhelmed with the professional or private situation."In addition, the economy has long underestimated the problem, says Ritler: "Recently, companies have been investing more in prevention - but unfortunately it is still too little. Corporate culture is an important factor, confirms Andreas Heimer of PK Rück."As soon as fluctuation increases or jobs are cut in a company, we register an increase in mental illness."Nevertheless, Heimer emphasized that the responsibility should not be put solely on the shoulders of the companies. He calls burnout a "hero's disease."Many of those affected put too much pressure on themselves and have trouble allocating their own resources."Moreover, the suffering needs to be hidden less than it used to be, since prominent people like the SVP politician Natalie Rickli made her exhaustion depression public. The consumption of antidepressants is also meeting with greater social acceptance: within 20 years, sales of these drugs have doubled.

Burnout is considered a "fashionable disease". It reflects the increasing restlessness in the working world. According to the latest health survey of the federal government, every fifth employee states that he/she suffers from stress very often. The proportion is even higher among the younger generation. At immense cost: in 2012, the State Secretariat for Economic Affairs estimates that absences, production losses and disability pensions as a result of stress will amount to CHF 10 billion per year - there are no more recent figures. Every second new application for an IV pension is due to mental illness. However, opinions differ widely on how to deal with this phenomenon. Although the World Health Organization (WHO) has recently included burnout in the catalogue of 55,000 recognized diseases and symptoms, it is still not clear what the symptoms are. However, it remains controversial whether it is an occupational disease. The Federal Council has opposed this on the grounds that private factors are also responsible for this development. For this reason, accident insurance (Suva) does not cover either prevention or occupational reintegration in the case of mental illness. The situation is different in many European countries which treat burnout as an occupational disease. The first port of call is always the family doctor or psychiatrist."But in many cases these are over-exerted in such complex situations", says Niklas Baer, Head of WorkMed at Psychiatry Basel- land, "because they were supposed to solve a problem that had escalated long before. On behalf of the federal government, Baer has analysed why the reintegration of mentally ill people often fails. Two-thirds of the cases lead to a dismissal - this percentage is much too high, Baer criticized."Doctors often write their patients hastily, too long and 100 percent sick. He concludes: "It would make more sense to continue working part-time. The doctors are too little aware that a long sick leave makes it difficult to return to work. Baer also criticized the lack of cooperation between employers and physicians. Only in every fifth case do both sides enter into contact with each other."Consequently, many doctors lack the holistic knowledge of the patient's work situation."

PK Rück, on the other hand, provides its policyholders with consistent case management and a hotline as a first port of call."The earlier our specialists get a chance, the sooner they can make a comeback to their jobs," says Andreas Heimer. Disability insurance has also massively increased occupational integration. Already after 30 days of incapacity to work, IV allows early intervention with professional coaching.In 2018, IV jobs successfully reintegrated 21 000 people into the labour market. This corresponds to a doubling in seven years. IV spending on daily allowances, retraining and employment services amounts to almost CHF 2 billion per year. However, this money is well invested, emphasises Astrid Jakob, Managing Director of the IV-Stellen-Konferenz: "Every IV pension that we prevent is worthwhile for those affected and for society. Jacob warns, however, that the IV lacked the resources to cope with the further increase. The accumulation of mental illnesses, especially in the younger generation, is problematic. It is essential to prevent people from being excluded from working life for 30 years or more.

Care is the new construction industry

The nursing professions are experiencing a boom. 190,000 people are currently working in the sector. But in just ten years there will be a shortage of 65,000 skilled workers, forecasts the SBK trade association. The reason is the ageing of society. Every fifth person over 80 lives in a nursing home. In order to meet the growing demand, 6000 nursing professionals would have to be newly trained every year - twice as many as today. There is a second reason for the threat of a nursing crisis: there is no other industry in which there are so many dropouts. According to SBK, 46% left their profession again, a third before the age of 35. However, a large proportion of them leave involuntarily, says Roger Ritler from the Swica health organisation: "The physical and psychological strain has increased considerably. In addition, there are irregular working hours and night work. According to Ritler, reintegration in the event of illness is often difficult. Because there are hardly any workplaces with a reduced load profile. Thus, every case of inability to work not only leads to high economic costs, but also exacerbates the shortage of labour. Nursing professionals are already more frequently disabled than construction workers. Thanks to prevention and successful remediation, the construction industry has achieved a decline in IV cases, says Andreas Heimer of PK Rück."But in nursing care we see a threatening increase in invalidity. In addition to back, neck and shoulder problems, mental illness is often the cause of mental illness."PK Rück, which specialises in case management, has expanded its cooperation with homes and hospitals. Despite the high physical and psychological demands, the pay in these professions is usually low. According to a survey by the trade union Unia, employees in long-term care work on average 70% of the time and earn CHF 2900 per month. (sal.)

< BACK TO all News